EP 34 – My Podcast Audience Has Dropped. Now What? With Professor Pete Alexander 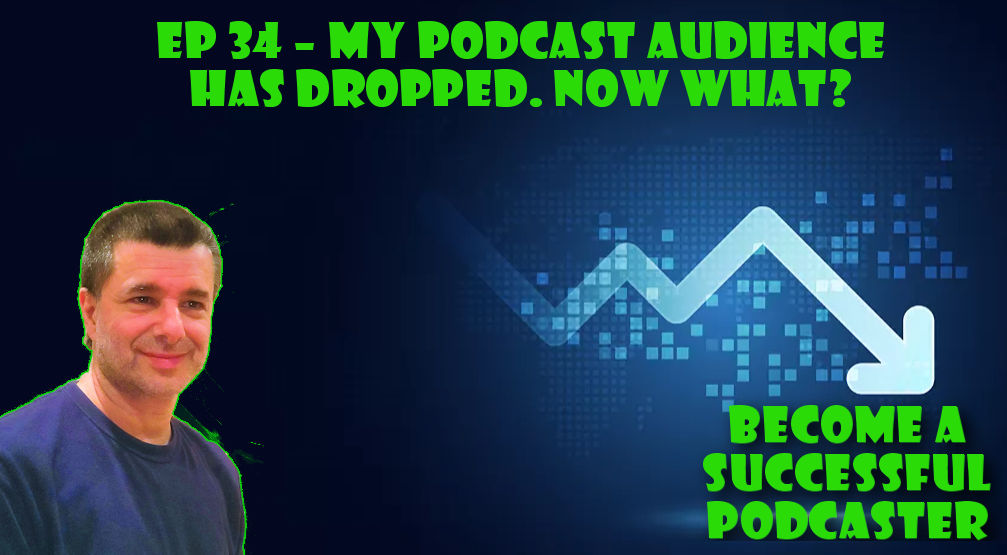 Below is the Transcription of the Audio Episode

Click here to listen and rate on Apple Podcasts

Okay, we're back. We are doing a q&a from Professor Pete Alexander. And he has a great podcast, if you haven't checked it out, and then remind you again, to check out winning at business and life, where he asked business leaders, six questions in seven minutes. Now, the next part I want to move on to is, well, we have let's see, he said I started stagnating flatlining with new episodes about four months ago. And then two months ago, it started to go down from a flatline level, I asked, Where do you see that happening? Your analytics? And if so, which analytics right. Now, also, do you have a hard date when it started occurring? First of all, I want to say something the New York City Podcast Network that I run, and I build, because I'm a web developer, by trade, we offer analytics, we collect data, it's important to know that the analytics are always changing from each of your podcast hosting platforms. Now, I think it's important to start looking at analytics, and I'll have another podcast episode around that, but understand something that if you can have analytics, look at those analytics. buzzsprout has an anchor has them. I think a cast has them. I don't know so much about the others. But they're always changing. Okay, these companies are always changing the way they collect data, and the way they report it, and understand something to that not all downloads and views are recorded. And there are a lot of reasons for that. Okay. So if you think that your traffic or your market has gone down, it might not be because of your podcast at all. It might be because the company that you're hosting with has changed the way they collect data are reported. Maybe they don't record all the pieces of data. And let me give you some reasons for that. First of all bots. Oh, yeah. But we hate them all. bots are fake people are just, they're just programs that just, you know, Google is a bot, right? Google crawls your website, and they index it, and they use bots. But people can buy bots, which I advise you not to, but people buy bots. And if this if this is you, if you bought if you bought bots to increase your listens, or your downloads, that's a big mistake. Because all of these companies they watch out for that they know where the IP addresses or IP addresses, by the way, is a an IP address is a physical location of where somebody is located in the world. And you can recognize it by four, sorry, four numbers separated by three dots. And if a hosting company detects that you have bots coming to your, your podcast, it's possible that they can start blocking those bots. So even if you saw a lot of traffic before, you might not be seeing a lot of traffic. Because maybe 300 of your listeners God, you know, we're determined to be bots, and then they got blocked. That happens a lot. And I think that that could be happening to a lot of you it could be happening to me on this podcast. So that's one reason. The other reason that maybe your traffic is going down is because maybe something is happening with like, I know that he said that he's on LinkedIn, right? Maybe LinkedIn is blocking a lot of some of these interactions too. You never know. It's always a good idea to review the terms and conditions as they change for each of your podcast hosting companies, because they will tell you how they count the traffic. Alright, and I had to say I am no, a no exception to this. I mean, I run this successful podcast. I want others to be successful. And it's important know that you need to really know how your hosting company records this data. There's also the IAB, the internet Advertising Bureau. And they are a standard created by several companies. I think Disney and the few others right? I will probably get into an episode with the IAB because a lot of these companies follow the Aap guidelines. And that means that if you advertise somewhere, and you're getting traffic from a place where there's a lot of bots online, then your statistics won't be counted. Or maybe they'll be counted, but they won't be reported. So look into all that, folks, that's really important. I want to make that very clear. I got a few more questions coming up from a lot of different people. And I'm looking at all this, I really hope that listening to this q&a, and I'm very excited because this is still my first one, that you are really learning something from this. And if you have a question, I want an mp3 from you. I want to play it over the air and remember that it's going to go live, so other people are going to hear it. But your question might be one that's on the back of everyone else's mind as well. So we're serving a lot of people, by you asking me a question. And of course, I'm going to promote your podcast at the same time. All right, folks, love you. Let's keep on going. I will talk to you. In the next episode, review me on Apple podcasts. And I'm on LinkedIn, I want you to bookmark Bruce Chamoff podcaster calm because that will be live. There'll be launched in October of 2021. And I want to thank everyone for supporting us. Thank you so much. 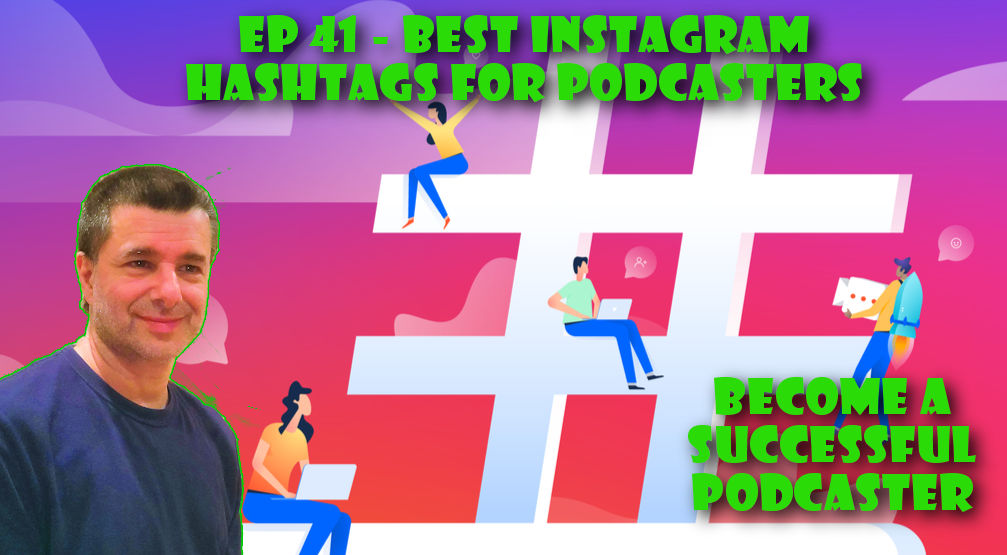 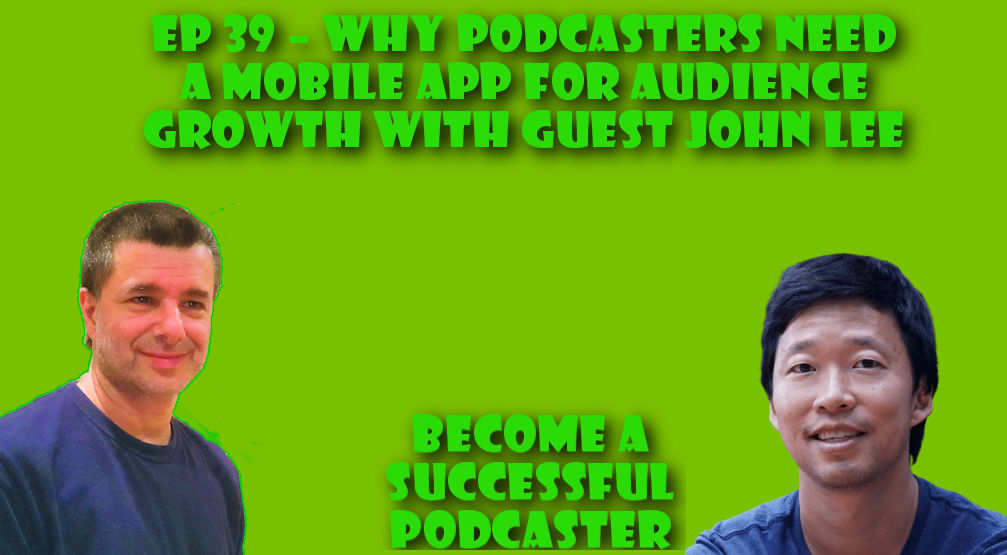 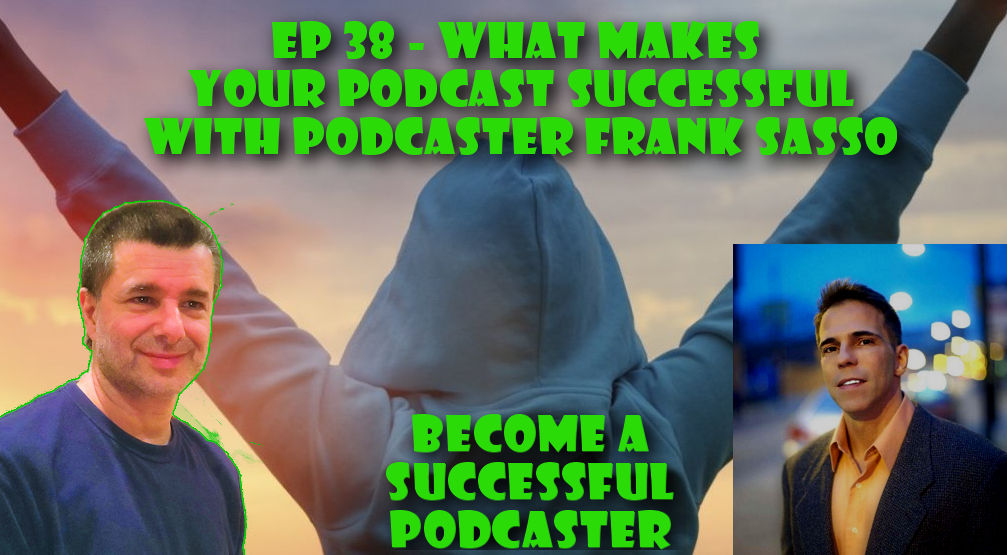 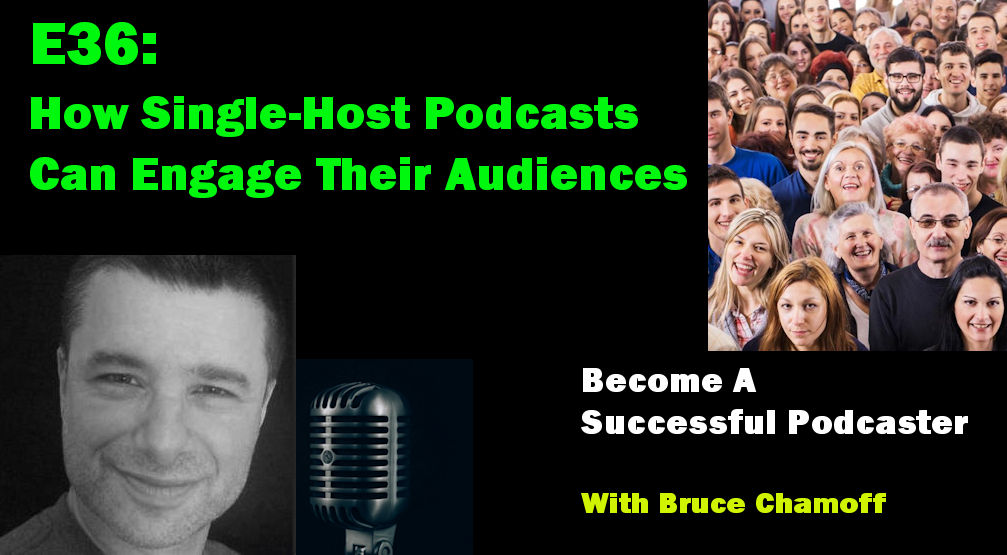 EP 34 – My Podcast Audience Has Dropped. Now What? With Professor Pete Alexander
September 27, 2021

I am always looking for new guests that can help the podcast community.